How modern tribalism is fuelling some nasty bullying

It may be cool, but can also be deadly: Tribalism

Tribalism has become pervasive. As an anti-bullying advocate dealing with young people, I’ve seen how it gets rooted in schools and affects lives so quickly. Now it seems the trend is on the rise across wider society. The major problem is that countering it as growing more and more difficult.

One of the many definitions of the word ‘tribe’: A group of persons having a common character, occupation, or interest.”

Connecting with a set always starts out great fun. New groups are ultra-welcoming. It’s taken for granted if you apply to join them, it’s because you share values and so you’ll naturally want to follow all the rules. But at first it doesn’t seem a problem. The instant friendship is pretty heady. Your fellow group members ‘have your back’, don’t they? Of course they do. You share common views and opinions. And you are all together as one pitted against those on the outer (the lesser mortals who belong elsewhere). If you hear the phrase, ‘We’re like a big family’, you’re already indoctrinated. Crowd culture is cool and getting cooler. 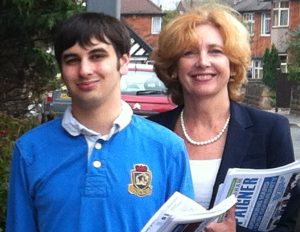 Young activists are bullied in politics

“I was sought out by young campaigners who complained not so much about bullying and harassment from the outside, but from within the very tribe to which they were so loyal”

But what happens when you fall foul of someone within the tribe? Maybe you’re competing for a promotion or a political seat, or just vying to stay in the same social position you’ve assumed for yourself only yesterday? You upset the dynamics in some other way, cross the wrong person, encounter a bully? What occurs when the tribe into which you’ve invested sometimes years of your life, money and long-term expectations turns against you? What happens to your wellbeing when the reprimand is exclusion and humiliation? And no one wants to know?

Tribal politics are unfathomable and the rites of passage complex and secretive. No member knows exactly who appoints or disappoints, or who’s in the inner circle, because that too is constantly shifting. You can only tell whether you or ‘in’ or ‘out’ by the way the group responds to you from one situation to another. And if the wheels fall off, there’s no one to pinpoint to take responsibility.

As a member of a major party and candidate in the General Election, I was able to experience first-hand how tribal behaviour was implemented and then exploited in politics. While withstanding bullying pressure with dignity seems to be a rite of passage for a principled politician, the effects on younger activists were very obvious. The fear of exclusion from the party itself became the overriding concern of anyone who had any ambition to succeed and a ploy with which to maintain candidate control and party discipline.

On many occasions, I was sought out by young campaigners who complained not so much about bullying and harassment from the outside, but from within the very party vto which they were so loyal. And in September 2015, when a dedicated young campaigner and friend Elliott Johnson took his own life citing bullying by older  members it was met with the typical “no one knew” response of modern tribal politics.Erm..

The slogan ‘Don’t be a bystander’ is great soundbite but doesn’t work in reality. Only when we accept the insidiousness of tribalism across all sectors of modern society will we be able to come up with an effective measure to counter bullying.

Click on these links to find out more from our site:
About bullying
Under 18? Being bullied?
AAB success stories
Sign up to our newsletter and download a free copy of 25 Easy Ways To Tackle Bullying .
By continuing to browse the site you are agreeing to our use of cookies.